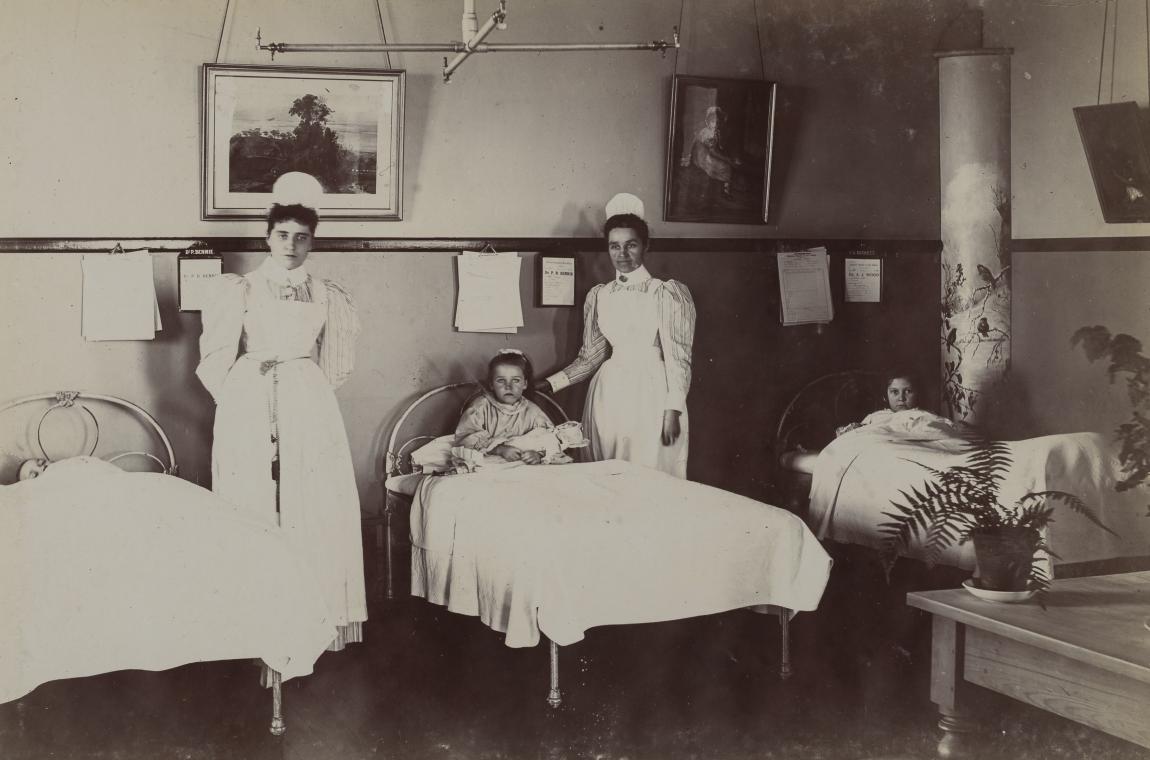 In 1870 the Melbourne Hospital for Sick Children was founded by Drs William Smith and John Singleton. They were motivated by the mortality rate of young children in Victoria, which was significantly higher even than London’s at the time. Mrs Frances Perry, wife of the first Anglican Bishop of Melbourne, was elected as the first president of a ladies’ committee of management.

The University of Melbourne’s teaching connection with the hospital began formally in 1879, when the hospital began offering medical students access to its wards. Yet there was an even earlier connection: the university had supported the establishment of the hospital in 1870, and Professor Halford was among the original appointments, as consulting surgeon. Halford had also employed Dr Smith, soon after his arrival in Australia, as a demonstrator at the medical school.

In 2020 the Royal Children’s Hospital celebrated its 150th anniversary. But, like many other public and private events, celebrations were affected by the COVID-19 pandemic, causing rescheduling of some commemorations to 2021. The Royal Children’s Hospital, Melbourne: 150 years of caring on line exhibition  present items from the RCH Archives and Collections Department and the Australian Medical Association Collection of the Medical History Museum, University of Melbourne. They explore the roles of important individuals, turning points, and changing responses to community needs—from the hospital’s first modest house to the extensive campus of today. Importantly, the stories and expertise of the traditional owners are acknowledged, through artworks commissioned by RCH for the anniversary.

Significant elements of this project have been made possible through close relationships between the University of Melbourne and the Royal Children’s Hospital. I am proud to celebrate our continuing partnership, its history and its future, with this online exhibition.